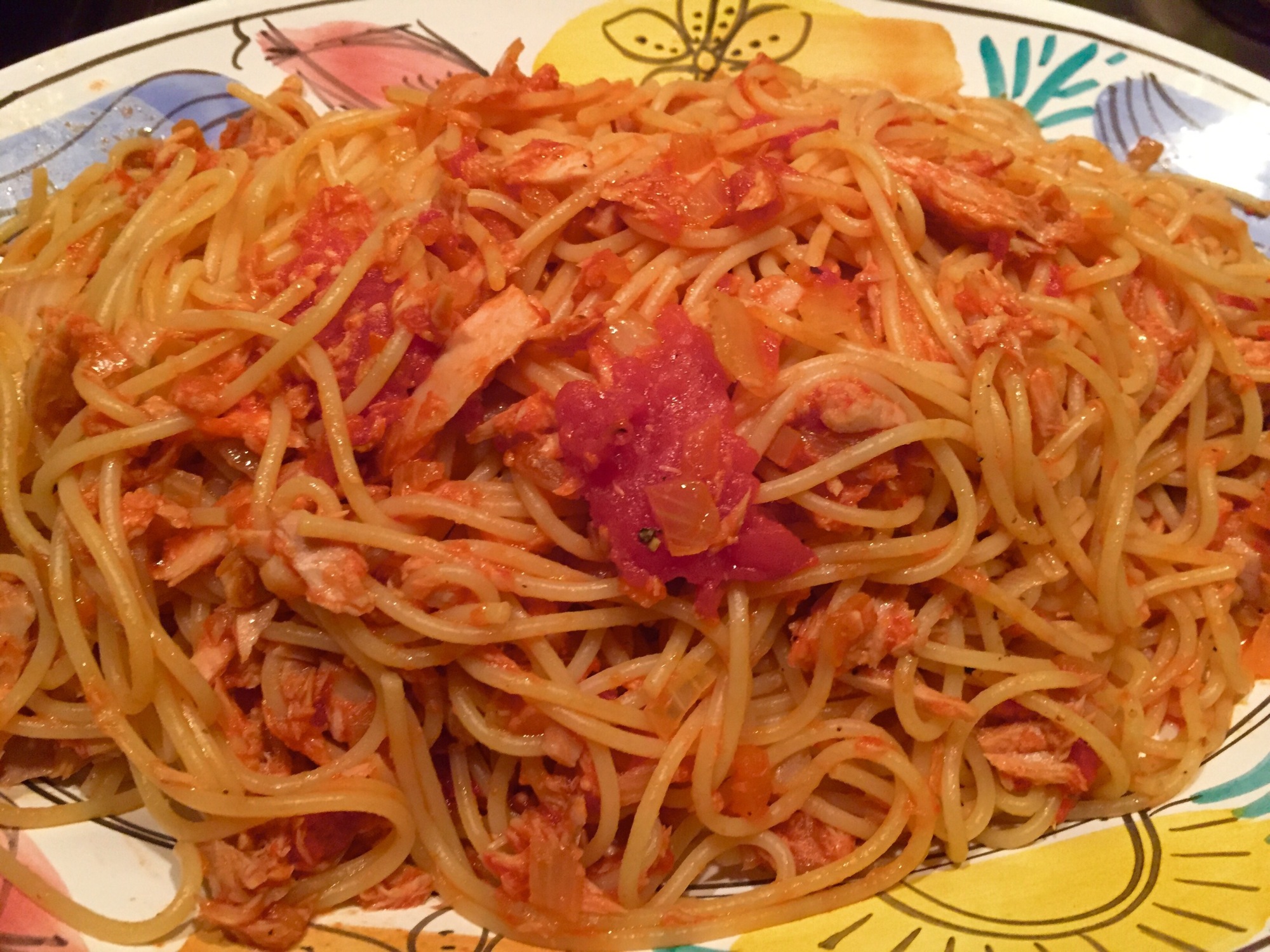 According to Rick Stein on one of his long weekend trips, the good people of Bologna do not take kindly to what the rest of us call Spaghetti Bolognese – indeed in one of my earlier posts is a recipe for this very dish which I now understand should be called Ragu Bolognese.

This dish is in fact a very simple pasta dish of tuna and tomato which is served traditionally on a Friday as a fish dish.  This is a little different but really tasty and is a great pantry staple standby when you come home from work and want a nice meal quickly.  The recipe serves four.

185gm Tuna, drained and flaked (I have a confession here as I use a larger can of tuna because we like more tuna!)

Cook the spaghetti according to instructions and heat the olive oil in a large frypan.  Then add the onion and cook for five minutes until softened.  Add the tomatoes, sugar and salt and cook until the sauce reduces slightly intensifying the flavour.  Add the tuna Flakes and stir through the sauce.  Add the drained pasta to the sauce and stir through.

Serve with the Parmesan and black pepper and a nice glass of wine of course!